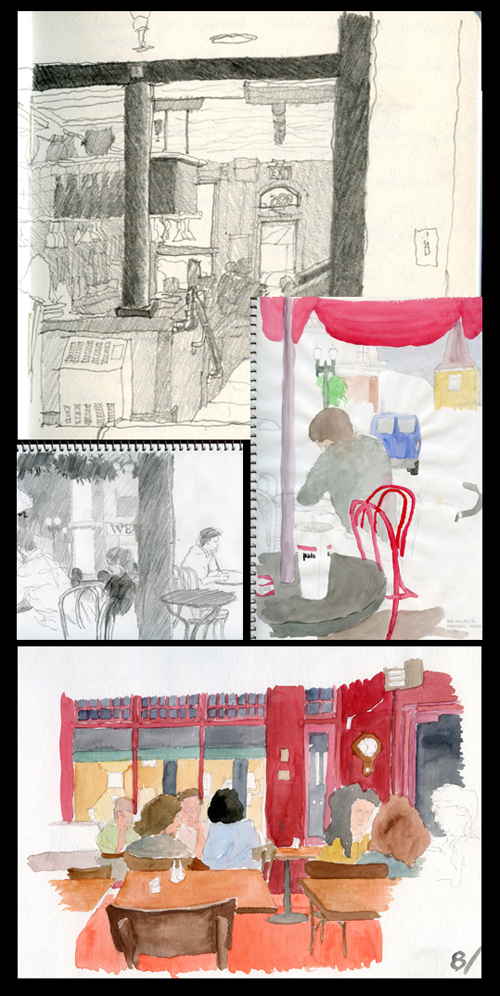 sometimes a change of place can spur new thoughts and focused work. Rather than being distracting, there is nothing like a room full of strangers to help me concentrate. A quick sketch of just what is in front of you is a good warm up to imagining other spaces.

In really cold weather, the only place left to sketch is in coffee shops. 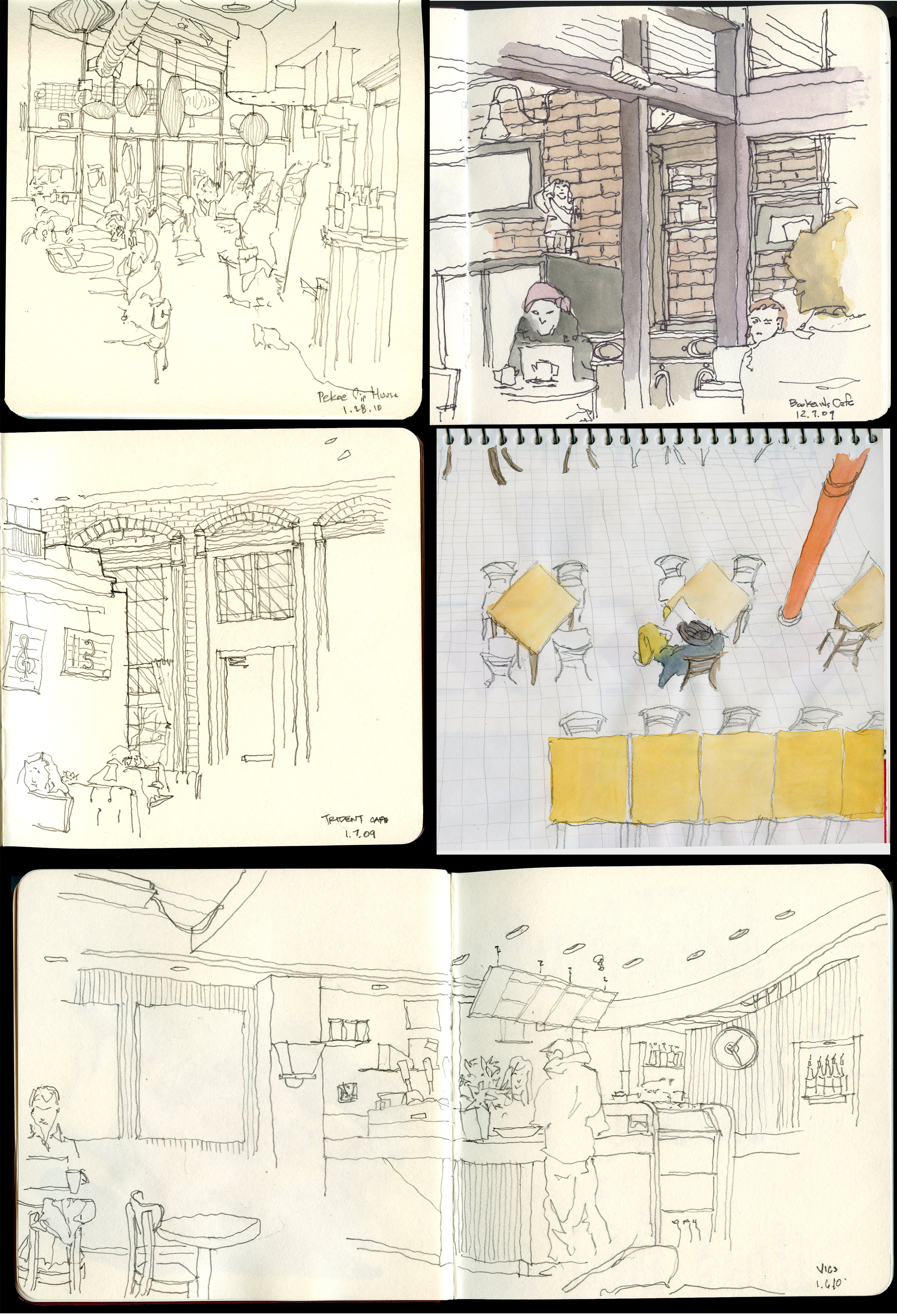 and the steamy heat fogs the windows and the only thing left to draw is the place itself.

These are from various sketchbooks over twenty years or so.  Boston had a great many spots that were a nice respite from the damp and cold, Chicago a good number, but Boulder’s 40+ coffee shops must top the latte/capita list.

Do I have anything to say about the architecture or design of these places?  Not really, I go there to take a break from it and do some mindless sketching.

This is a quick watercolor sketch I did last week of the Chicago skyline from the north side of Belmont Harbor.

this view is always interesting early in the morning or late in the afternoon when the sun is shining on either the left or right side of the buildings.  The distant view is possible because of the distance that the harbor entrance creates, making a layer of Lincoln Park trees run along below the layer of tall buildings.

Different cities inspire people in different creative mediums.  I think of New York as a writer’s town.  By far the most sketching I have ever done was a two-year stint working in Boston.

Maybe the picturesque plazas and squares in Boston establish those views for sketching in a way that the grid of streets in New York and Chicago doesn’t allow.

The watercolor above  is a bit unusual in that most of my looking around Chicago has been done with a camera.  The hard, straight rationality of Chicago’s grid of streets and the regularity of office windows may lend itself more to the shifting light and perspective best captured on film.

I’ve now lived in Boulder longer than I did in Chicago.  And so, Boulder’s medium of expression?  I guess I’m still working on that.

A couple of recently discovered sketches from a trip to Anchor Bay, California this time last year:

In my practice I spend about equal amounts of time working on interiors as exteriors.  What I mean by that is that the ideas that we are working through on a project are usually not formal ones, but rather more narrative.  So, neither interior or exterior form drives the project.  A successful project is one where there is a dialogue between the two – sometimes reinforcing each other, other times a complimentary juxtaposition.  Each component of the project adds to that, from the overall building form to the roof material through the interior finishes, light fixtures, etc. 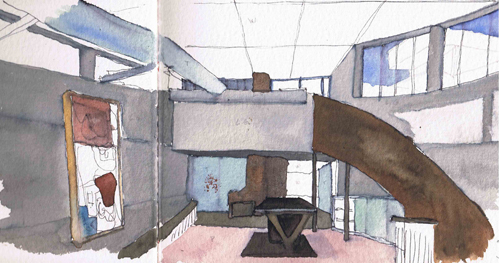 a very quick watercolor of the gallery in the Roche-Jeanneret house by Le Corbusier in Paris.

This is an endlessly fascinating house for me, spatially rich and complex without being fussy or didactic.  A challenging program of public and private spaces is deftly handled with a series of unfolding levels.  The circulation is a bit overly dramatic, maybe even monumental, but the overall effect of the house is very interesting. 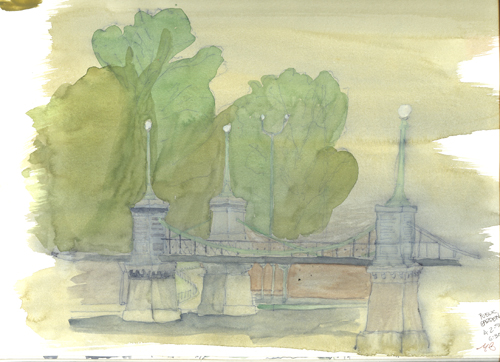 In September 2006, my wife, daughters and I and some friends went to Italy for a few weeks. For some of that time we stayed in a beautiful medieval hilltown. This is a quick watercolor I made of the fields and woods to north. The light in Tuscany and Umbria really does seem to be more golden, richer. A terrible cliche but true.